UK seatbelt law: the truth about wearing a seatbelt while driving 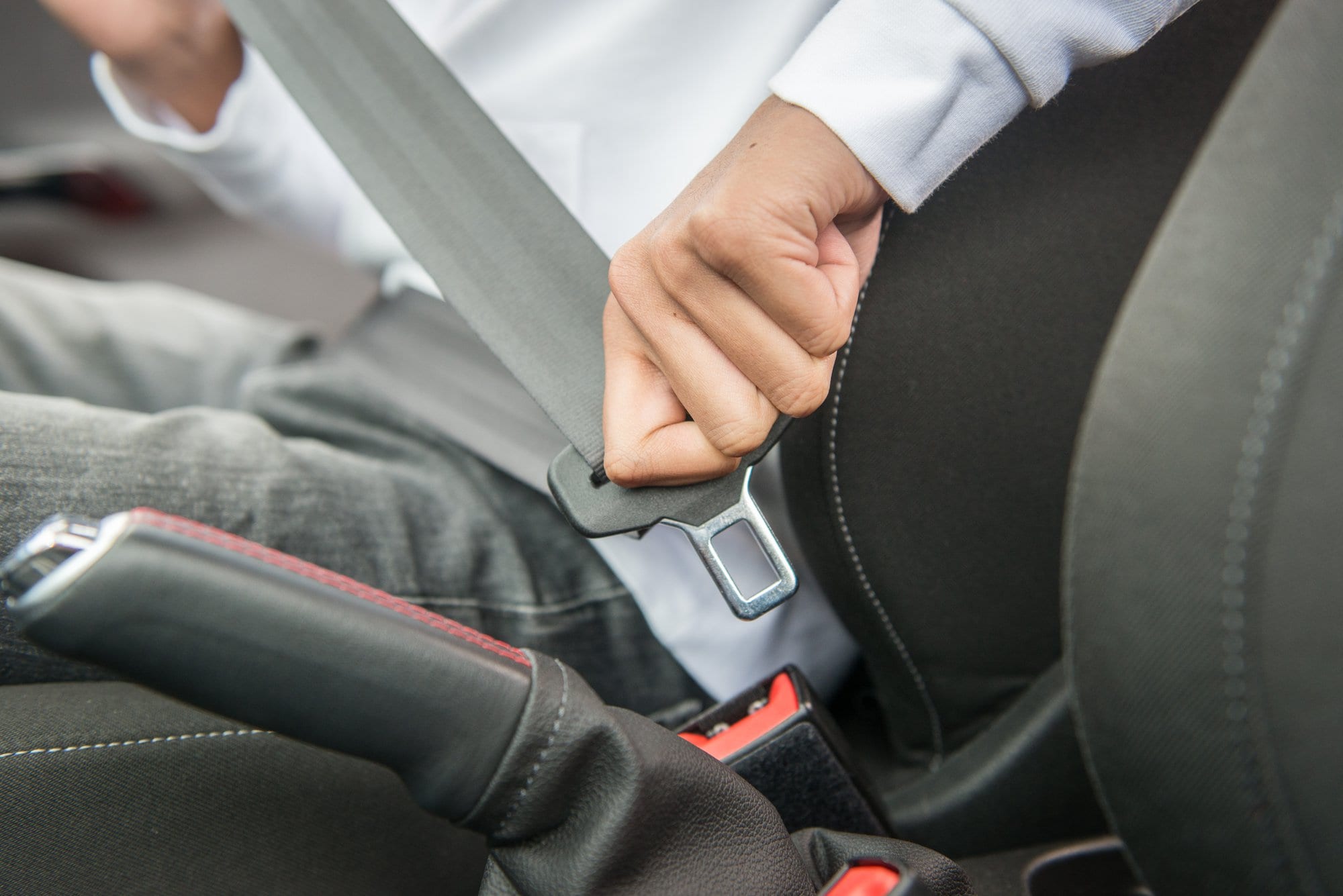 It’s easy to take the humble seatbelt for granted, but even with all the sophisticated driver aids fitted to modern cars, a seatbelt is probably the most important piece of safety kit. Not only does a seatbelt keep you safe, using one every time you drive means you stay the right side of UK seatbelt law.

Everyone wears a seatbelt, don’t they? Surely it’s a no-brainer.

Well, most drivers and passengers do. Government stats show that…

The problem is, that still leaves a minority of people who don’t belt up. And there are serious consequences. Take a look at the stats for car passenger fatalities, and you’ll find 27% weren’t wearing a belt when they died. That’s over 200 people per year who might still be alive if they had put on their seatbelt.

It’s not just you who could be hurt if you don’t wear a belt. If you are in a crash at 30mph, your body will hit whatever’s in front of it at a force that’s 30-60 times your own body weight –the same force as a charging rhino.

Don’t make the mistake of thinking an airbag will do the seatbelt’s job. Airbags are a supplementary restraint system – it’s the seatbelt which they supplement.

The seatbelt is arguably the single most effective piece of safety equipment in any car, credited with saving more than a million lives worldwide. Why wouldn’t you wear one?

Seatbelts and the law

UK seatbelt law is clear – you must wear a seatbelt if one is fitted in the seat you are using. There are a handful of exceptions but they are unlikely to apply to you.

As a driver, you are also responsible for making sure any child under 14 is wearing a seatbelt or travelling in a suitable child seat, depending on their age and height.

Previous articleDealing with distractions: keep your eyes on the road
Next articleDrink and drug driving: the truth

Eco driving: how to save money by driving more economically

Driving alone for the first time: dos and don’ts

Driving anxiety: how to reduce stress on the road

Learning to drive during the Covid-19 pandemic in the UK

Winter driving tips: how to prepare for driving in wintery weather